How nature makes us feel good 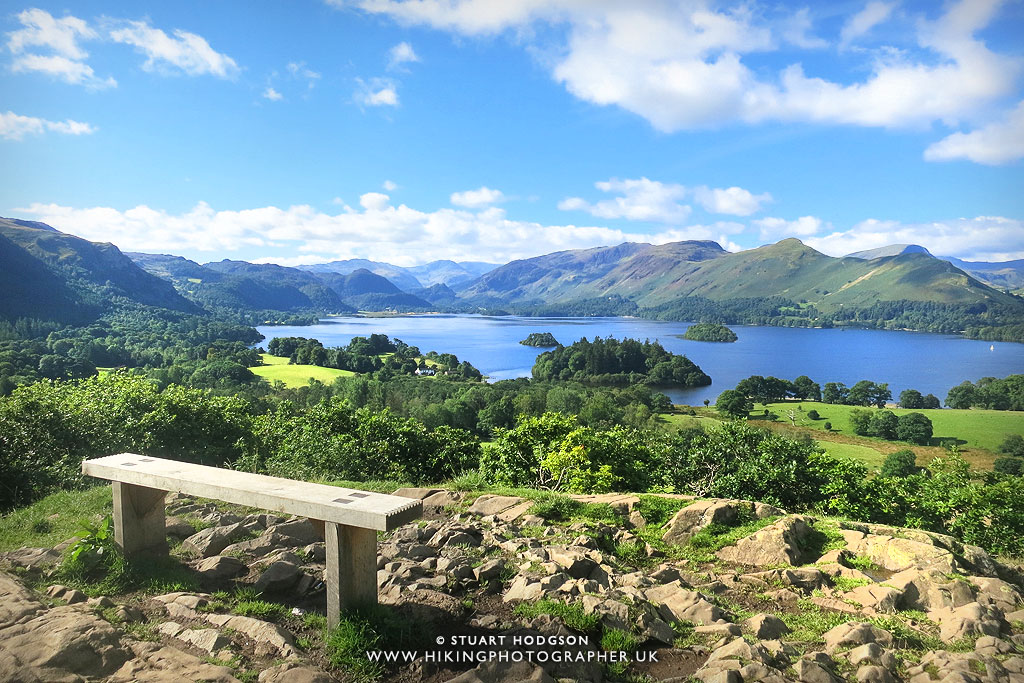 A large body of research is documenting the positive impacts of nature on human flourishing—our social, psychological, and emotional life. Over 100 studies have shown that being in nature, living near nature, or even viewing nature in photos and videos can have positive impacts on our brains, bodies, feelings, thought processes, and social interactions. In particular, viewing nature seems to be inherently rewarding, producing a cascade of position emotions, calming our nervous systems and reducing stress. These in turn help us to cultivate greater openness, creativity, connection, generosity, and resilience.

In other words, science suggests we may seek out nature not only for our physical survival, but also because it’s good for our social and personal well-being.

How Nature Helps Us Feel Good And Do Good

The naturalist John Muir once wrote about the Sierra Nevada Mountains of California: “We are now in the mountains and they are in us, kindling enthusiasm, making every nerve quiver, filling every pore and cell of us.” Clearly, he found nature’s awe-inspiring imagery a positive, emotive experience.

But what does the science say? Several studies have looked at how viewing awe-inspiring nature imagery in photos and videos impacts emotions and behavior. For example, in one study participants either viewed a few minutes of the inspiring documentary Planet Earth, a neutral video from a news program, or funny footage from Walk on the Wild Side. Watching a few minutes of Planet Earth led people to feel 46 percent more awe and 31 percent more gratitude than those in the other groups. This study and others like it tell us that even brief nature videos are a powerful way to feel awe, wonder, gratitude, and reverence—all positive emotions known to lead to increased well-being and physical health.

Positive emotions have beneficial effects upon social processes, too—like increasing trust, cooperation, and closeness with others. Since viewing nature appears to trigger positive emotions, it follows that nature likely has favorable effects on our social well-being.

Viewing nature in images and videos seems to shift our sense of self, diminishing the boundaries between self and others.

This has been robustly confirmed in research on the benefits of living near green spaces. Most notably, the work of Frances Kuo and her colleagues finds that in poorer neighborhoods of Chicago people who live near green spaces—lawns, parks, trees—show reductions in ADHD symptoms and greater calm, as well as a stronger sense of connection to neighbors, more civility, and less violence in their neighborhoods. A later analysisconfirmed that green spaces tend to have less crime.

Viewing nature in images and videos seems to shift our sense of self, diminishing the boundaries between self and others, which has implications for social interactions. In one study, participants who spent a minute looking up into a beautiful stand of eucalyptus trees reported feeling less entitled and self-important. Even simply viewing Planet Earth for five minutes led participants to report a greater sense that their concerns were insignificant and that they themselves were part of something larger compared with groups who had watched neutral or funny clips.

Several studies have also found that viewing nature in images or videos leads to greater “prosocial” tendencies—generosity, cooperation, and kindness. One illustrative study found that people who simply viewed 10 slides of really beautiful nature (as opposed to less beautiful nature) gave more money to a stranger in an economic game widely used to measure trust.

All of these findings raise the intriguing possibility that, by increasing positive emotions, experiencing nature even in brief doses leads to more kind and altruistic behavior.

How Nature Helps Our Health

Besides boosting happiness, positive emotion, and kindness, exposure to nature may also have physical and mental health benefits.

The benefits of nature on health and well-being have been well-documented in different European and Asian cultures. While Kuo’s evidence suggests a particular benefit for those from nature-deprived communities in the United States, the health and wellness benefits of immersion in nature seem to generalize across all different class and ethnic backgrounds.

Why is nature so healing? One possibility is that having access to nature—either by living near it or viewing it—reduces stress. In a study by Catharine Ward Thompson and her colleagues, the people who lived near larger areas of green space reported less stress and showed greater declines in cortisol levels over the course of the day.

In another study, participants who viewed a one-minute video of awesome nature rather than a video that made them feel happy reported feeling as though they had enough time “to get things done” and did not feel that “their lives were slipping away.” And studies have found that people who report feeling a good deal of awe and wonder and an awareness of the natural beauty around them actually show lower levels of a biomarker (IL-6) that could lead to a decreased likelihood of cardiovascular disease, depression, and autoimmune disease.

Though the research is less well-documented in this area than in some others, the results to date are promising. One early study by Roger Ulrich found that patients recovered faster from cardiovascular surgery when they had a view of nature out of a window, for example.

A more recent review of studies looking at different kinds of nature immersion—natural landscapes during a walk, views from a window, pictures and videos, and flora and fauna around residential or work environments—showed that nature experiences led to reduced stress, easier recovery from illness, better physical well-being in elderly people, and behavioral changes that improve mood and general well-being.

Why We Need Nature

All of these findings converge on one conclusion: Being close to nature or viewing nature improves our well-being. The question still remains: how?

There is no question that being in nature—or even viewing nature pictures—reduces the physiological symptoms of stress in our bodies. What this means is that we are less likely to be anxious and fearful in nature, and thereby we can be more open to other people and to creative patterns of thought.

Also, nature often induces awe, wonder, and reverence, all emotions known to have a variety of benefits, promoting everything from well-being and altruism to humility to health.

There is also some evidence that exposure to nature impacts the brain. Viewing natural beauty (in the form of landscape paintings and video, at least) activates specific reward circuits in the brain associated with dopamine release that give us a sense of purpose, joy, and energy to pursue our goals.

But, regrettably, people seem to be spending less time outdoors and less time immersed in nature than before. It is also clear that, in the past 30 years, people’s levels of stress and sense of “busyness” have risen dramatically. These converging forces have led environmental writer Richard Louv to coin the term “nature deficit disorder”—a form of suffering that comes from a sense of disconnection from nature and its powers.

Perhaps we should take note and try a course corrective. The 19th-century philosopher Ralph Waldo Emerson once wrote about nature: “There I feel that nothing can befall me in life—no disgrace, no calamity (leaving me my eyes), which nature cannot repair.” The science speaks to Emerson’s intuition. It’s time to realize nature is more than just a material resource. It’s also a pathway to human health and happiness.

This article was originally published by Greater Good.   It has been edited for YES! Magazine.

A Multi-Channel designer with over 10 years of design expertise creating outstanding, results driven campaigns for clients across all channels, such as email, print, web and social media.